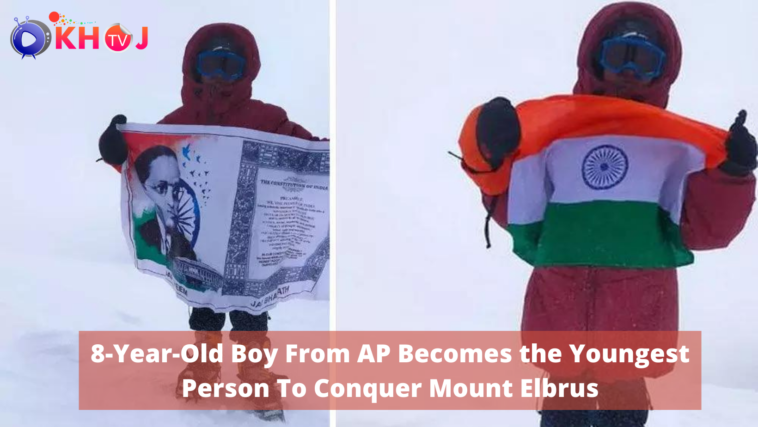 Children are well known for their enthusiasm and curiosity about learning. When given the opportunity, they can do wonders. A boy from the AP has proved that even children can do wonders by conquering the mountain Elbrus. Mount Elbrus is the highest and most prominent peak in Europe. This mountain has a height of 5,642 m (18,510 ft) above sea level. The boy has broken a record of climbing such an astonishing mountain at the young age of 8.

The boy, Gandham Bhuvan Jai, achieved this marvelous feat along with other mountaineers Anmish Varma from Vizag and K Sankaraiah from Anantapur. Three of them have reached this Mount Elbrus on Saturday, making a new record.

Recently, the National Convener of Safai Karmachari Andolan Bezwada Wilson has shared this news on his Twitter official handle. He shared this happy news in a tweet along with a picture of the boy with his followers. The tweet has gone viral on social media platforms.

Everyone is amazed at the boy’s achievement. People are wondering how a boy, at a young age, has accomplished such a marvelous feat. Twitter users and citizens are applauding the boy’s parents and trainers to support him.

Bezwada Wilson has shared the boy’s picture in his tweet. From the tweet, we can observe that the boy was unfurling a tricolor with a preamble to the constitution on one side and Ambedkar on the other. The picture is proof of the saying that anything can be achieved when given due opportunities.

Everyone from his hometown area was in a nostalgic state as the boy broke the record of being the youngest kid to conquer Mount Elbrus. 8-year-old boy Gandham Bhuvan Jai climbing a 5642-meter tall dormant volcano is not a small thing. No one has ever achieved this feat at such an early age. This achievement is the result of his hardcore training and dedication. Because Mount Elbrus exposes its climbers to harsh and dramatic climates.

Overcoming all those extreme weather and physical strains, the boy and other team members reached the top. When they reached the top, the boy hoisted a tricolor and then unfurled a banner. The banner features a portrait of B.R. Ambedkar along with a preamble of our constitution.

Right now, the boy and other team members, Anmish Varma and K Sankaraiah, are on their way back to India. Team members are also very happy about the boy’s dedication towards achieving this goal. He became the youngest boy to conquer Mount Elbrus.

The boy from Kurnool district, Gandham Bhuvan Jai has shown very keen interest and curiosity towards sports from an early age. His main interests are climbing and mountaineering. Noting this enthusiasm in the boy, his father IAS official has encouraged and supported him through his journey. He sent him to the sports coach of RDT, K Sankaraiah.

His trainer K Sankaraiah has a great track record of mountaineering and climbing. So the boy’s father thought he would be a great mentor for his boy. Sanjaraiah, who had previously conquered the mountain Kilimanjaro and trained the boy for the best. 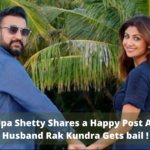 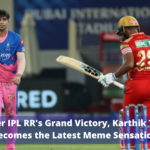