It’s been 2 years since the legendary actor Ajith Kumar appeared on the big screen. Fans have been eagerly waiting for his upcoming movie, Valmai. Recently, the Valmai team released the much-anticipated trailer. the official trailer received a crazy response from its viewers by getting 1.1 lakh views in less than 15 minutes and 12 million views in a day.

The trailer is filled with high-octane action and adventure scenes. Ajith Kumar plays a cop role called Arjun, who is on a mission to stop a bike gang going around the city and taking whatever they want. We can see Karthikeya playing opposite Ajith in the trailer. Fans are much delighted to see both of them on screen.

The movie is set to be released on Jan 13th,2022 Worldwide. Overall, the trailer and the movie soundtrack promises another blockbuster for Ajith. Yuvan Shankar Raja has provided a blood-boiling background score for the movie. 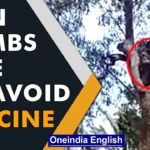 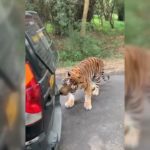