A recent meeting in Uttar Pradesh has become a burden for BJP’s reputation. In the meeting, a farmer came close to the BJP MLA on stage and slapped him in front of everyone. Yes! you heard it right: a farmer has slapped BJP MLA in UP. Currently, the video is making rounds on social media platforms.

Based on the reports, the MLA who appeared in the video was Pankaj Gupta from UP. In the viral video, we can see MLA getting slapped by an old man. After that, a few men surround the old man and escort him to descend the stage. As other politicians took the video to their advantage, MLA cleared the air on the slap by the farmer.

The farmer said he did not hit him, rather pat his cheeks, addressing him as beta. However, the whole story was twisted by other party members. Check out the video that went viral on the internet! 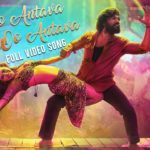 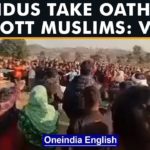