Jawed Habib spitting on a woman’s hair while doing a hairstyle demo at a recent workshop went viral. The video flooded every social media platform for a few hours. Netizens were disgusted and disappointed with Jawed Habib. Many people expressed their negative reactions on the internet.

Even the woman who became a victim of this act also expressed her disappointment in a video. Her video went viral and triggered an angry response towards Jawed Habib’s behavior. Not only netizens but also NWC asked UP police to probe the matter.

With all the hate and disappointment getting heated up Jawed Habib addressed the issue. He said the video was shot at one of his seminars. Where people stay for long periods of time learning things. To make sessions a bit more entertaining and fun, we add some type of humor to those sessions. My intention behind spitting on the hair was done on a lighthearted note only, but never to insult anyone, he said in a video. 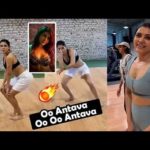 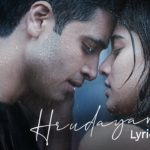