Nawazuddin Siddiqui is a well-known actor in Bollywood and OTT platforms. He has become one of the most successful actors in the Industry. Not only in Bollywood but also in OTT platforms, the actor has created history. His performance in sacred games has received much appreciation and applause from the audience and critics.

However, a few days back, Nawazuddin Siddiqui quitting OTT platforms news went viral. Many people were awestruck by his decision to quit OTT platforms. The news has gone crazy viral on social media platforms. Fans were really bothered by that news. Many of his fans were in a dilemma whether to believe this news or not.

The actor informed his fans that his statement that OTT platforms have become a “Dhanda” for big production houses. He said that his statement was taken out of context. His real intention was to say that he didn’t want to do anything that looks like a serial. However, people have taken that statement out of context and made it trending. So for all the Nawazuddin Siddiqui fans out there, he will not be quitting OTT platforms.

Currently, the actor is experiencing international fame because of these OTT shows. Nawazuddin’s recent film called “Serious Man” has become a huge success. Serious Man is a Netflix film and has impressed audiences around the world. The film took him to the international stage.

Nawazuddin Siddiqui has once again mesmerized everyone with his performance in the film Serious Man. He even got nominated for an International Emmy Award in the best actor category. He will be competing with Christian Tappan, David Tennant, and Roy Nik in the category.

His name is making rounds on the social media platform for the second time this week. Unlike the previous news, this fresh news has quite relieved his fans. One is for quitting OTT platforms and now the International Emmy nomination. Fans have been going crazy with the news. People shared their best wishes to the actor. Nawazuddin is one of the actors who came from humble beginnings to rock star level fame. Over the years, the actor has experienced many difficulties in his life.

He worked as a watchman and took many odd roles to reach his current stage. His humble nature and middle-class family background made him play the role of Serious Man to perfection. Already the actor has won many fans and followers in the industry. The latest hit of Serious Man has just amplified this following.

With the coronavirus crisis, OTT platforms have experienced a never before seen traffic. Now OTT platforms have become equally popular as the mainstream theaters. Going forward, there is heavy demand and popularity for these OTT platforms. The audience also welcomed these OTT platforms with open hands. So how could Nawazuddin Siddiqui miss this trend? He will be continuing his work on OTT platforms as long as the film content impresses him. If you don’t want to miss out on the latest hot topics, then don’t forget to subscribe. 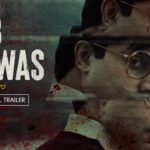 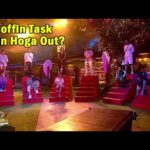