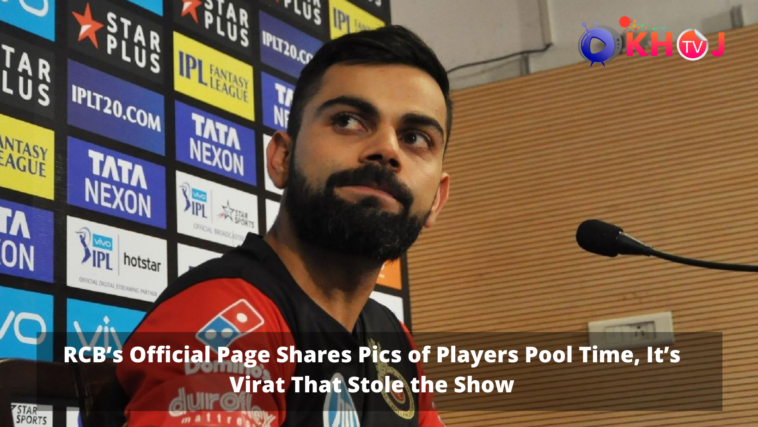 Virat Kohli is one of the most well-known cricketers all over the world. He is not only famous for his exceptional playing skills but also for his looks. Within a short time, he becomes one of the youngest and handsome cricket players out there. Kohli has many fans and admirers for his skills and looks. RCB has captured 3rd place on the table of IPL after winning the recent game with MI.

After the victory, RCB players appeared on social media enjoying their time in a swimming pool. RCB’s official page has shared photos of players enjoying their time in a swimming pool. It captioned these images saying Our boys definitely deserve to cool off after a couple of days of intense IPL action. The latest pictures of RCB players have gone viral on the internet.

The reason is Virat Kohli. In the pics, players were seen shirtless playing with each other. Whereas the shirtless picture of Virat Kohli has made today’s news. Kohli aces his swimming pool look like no other. After the RCB pictures, many users retweeted the pictures of Virat Kohli with lovely comments.

Virat Kohli’s shirtless pictures in swimming pool waters have mesmerized social media users. You could see that Kohli carries his style even in waters. Kohli, who was wearing a black shade on his head along with a ring and watch to his hand. With a handsome smirk on his face. Most importantly, you get a glimpse of his well-toned physique.

We all know that cricketers have to maintain their physical fitness on point. They undergo a rigorous training before every game. When it comes to personal fitness, Kohli never disappoints neither cricket fans nor his team members. All those hard-core training efforts are visible through his toned physique.

Twitter users and Kohli, who never miss a chance to have a peek inside their favorite cricketer, were very delighted with these pics. Multiple people have shared Kohli’s images with sharing their love and admiration for the smile and physique he possesses.

Picture and comments are not something that you should miss. Some of the crazy comments are, that noor on his face featuring Kohli’s pic. Another said Kohli Saab stop making me drool over u every time. Sarri hotness in one team is not fair another said. There are many such comments that made the Kohli pictures go viral.

The RCB captain Virat Kohli earlier surprised everyone when he made the statement that he will be stepping down as the leader of the unit after the season. This means we can’t see him leading the team as T20I captain after the T20 Men’s world cup. The news came at a time no one expected such news. Indeed, the news has broken many fans’ hearts.

However, at this time, the cricketer is performing very well in the matches that are happening. He has already hit two fifties in three matches. Whatever the situation, he never let his team and fans down. 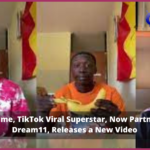