Stray dogs have become a hectic problem for many cities in India. Especially, Bhopal city has been witnessing more than 1 lakh stray dogs. The situation has become a major problem for children and elders. A horrific incident took place in Bhopal streets lately. Netizens were in shock as the video surfaced on the internet.

A pack of stray dogs could be seen chasing a little girl down the road. Soon the dogs surrounded the girl and bit her severely. The little girl was playing in front of her house when the dogs attacked her. As she started running away, stray dogs caught her and had bitten on several body parts.

She was saved by a passerby who intervened and chased away the dogs. This Horrific incident was caught on CCTV footage. Netizens were in shock and made the video viral. Officials have also taken notice of the video and appropriate action will be taken against stray dogs in Bhopal. 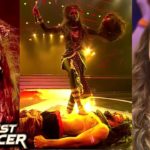 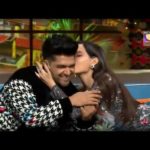