Delhi doctor, Dr Siddharth, working Department of Gastroenterology from GB Pant Hospital, has made headlines today. The doctor has performed a miracle in his hospital. Several videos of his latest operation go viral on social media platforms. Netizens have been praising doctors’ skills and expertise all over the internet.

If you are wondering what miracle the doctor has done, then allow us to explain. A Tihar Jail inmate has swallowed a mobile phone recently. In an attempt to hide the mobile phone from police during checkout, the inmate had taken such a dangerous decision.

Luckily, the officials have witnessed the scenes and rushed him to the hospital. He was later moved to GB Pant Hospital in Delhi. One of the elite doctors, Dr. Siddharth, has taken out the mobile phone without conducting any surgery. Several videos of the operation have surfaced online and shocked everyone. 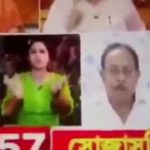