Atrangi Re trailer looks very promising for both fans and actors’ hit list. Currently, the trailer of the movie is trending #1 on YouTube. By the trailer, we can say that the movie is a triangle love story filled with fun and emotions. The lead characters Akshay Kumar, Sara Ali Khan, and Dhanush have impressed fans with their characters in the trailer.

However, some people are questioning the lead actor’s age difference in the movie. Sara is much younger than the male actors in the movie. Even at the trailer launch, people asked the same question to the director. Aanand L Rai informed that there is a reason for that. But we will know the reason only after watching the movie.

This movie is set to be released on December 24 on the streaming platform Disney+Hotstar. As of now, the trailer received a crazy response from fans and is trending #1 on YouTube. 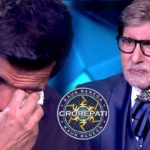 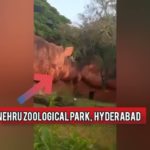