The Kapil Sharma Show is the go-to place for any movie promotions. One of the biggest magnum opus RRR is getting ready to release on the big screen. For promoting the movie in Bollywood RRR team has set their foot on The Kapil Sharma Show sets. Even before the promo got released few clips from the show went viral on the internet.

The viral clips show Ram and Jr NTR doing the viral Natu Natu step with Kapil Sharma team members. Everyone is eagerly waiting for the full episode. Finally, the Kapil Sharma Show team has unveiled the promo of the RRR team episode.

Throughout the promo, you only hear laughs and hilarious encounters, and comments. The full episode will be out in the new year. Get ready to witness the fun and entertainment on a high dose this new year. 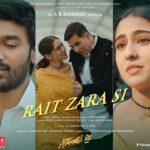 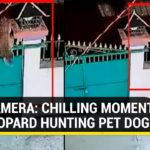