Recent video shot in the USA at John F. Kennedy International Airport making rounds on social media platforms. In this video, we can see a man getting out of his car and angrily approaching a Sikh descent. He not only passed on vulgar comments but also started attacking the Indian-origin cab driver.

The man could be seen in the video striking and throwing punches at the victim. As a result, the Sikh car driver’s turban falls off. Soon, bystanders present in the situation started yelling. However, the assailant again comes back a second time and throws punches at the cab driver.

A Twitter user shared the video along with a caption to fight hate crime in the country. As the video surfaced and went viral on the internet people started questioning US authorities. However, the identities of the men in the video were still unknown. 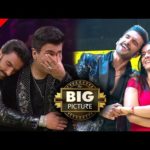 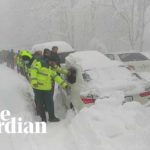