Whenever you go on vacations, there will be plenty of adventurous sports for you to try on. However, some sports like para-gliding and bungee jumping are not for everyone. If you don’t agree with us, then you’ll, after watching this video.

In the viral video, we can see that a woman from the beginning refuses to try para-gliding. However, because of her husband woman takes the brave step. As the para-gliding takes off from the ground, the woman closes her eyes and refuses to open them. Later, she could be seen cursing her husband and mother-in-law and her decision to get married.

She cries and screams and gets all over the place, though the instructor tries to calm her. He even says that your video will go viral if you do like this. Throughout the video, the woman pleads with the instructor to get down and says her hands are getting numb due to fear, etc. The viral video is definitely worth watching. Take a look! 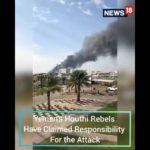 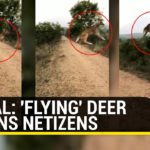