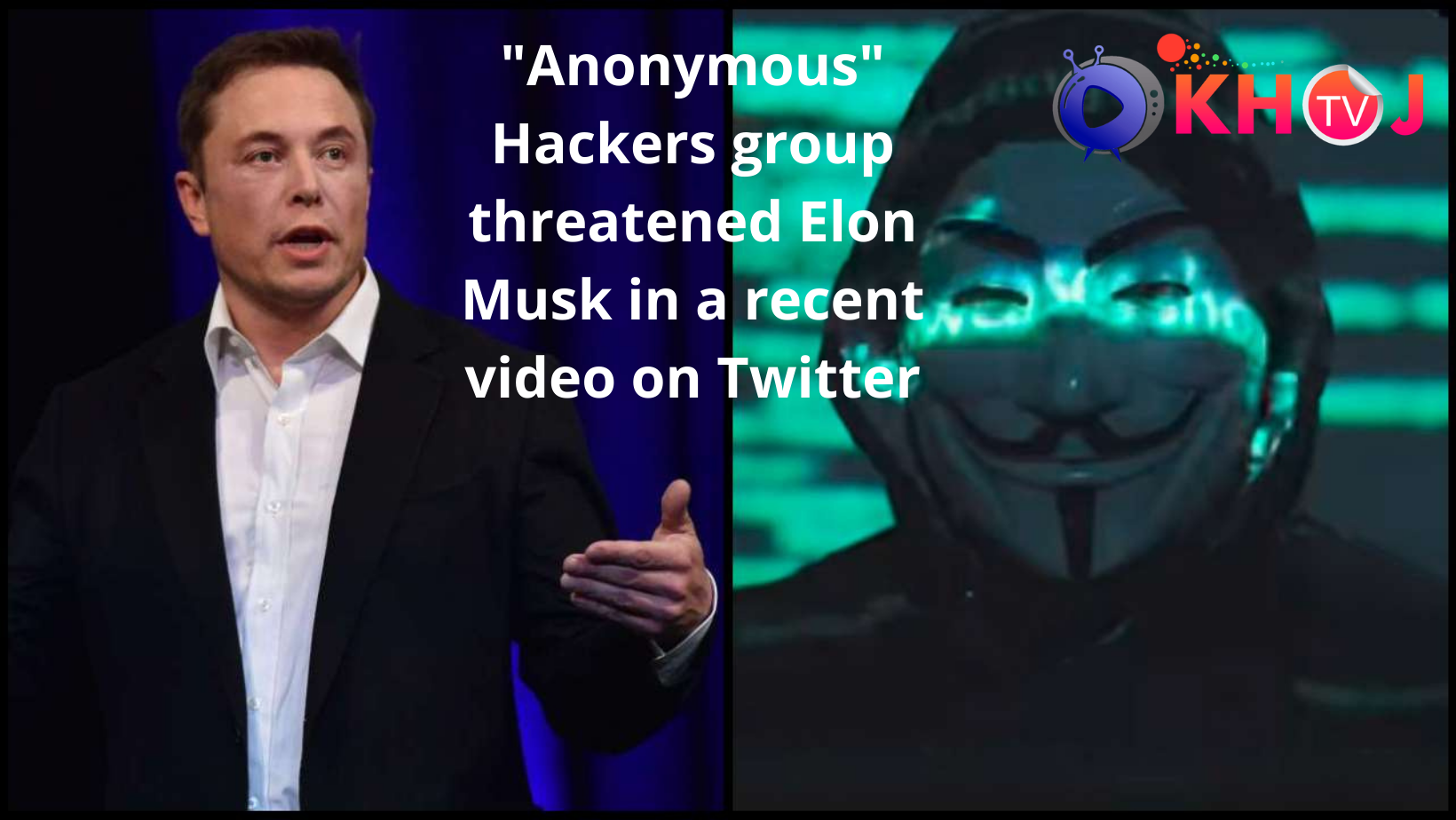 Over the past few weeks, the cryptocurrency world seems to be going through a roller coaster ride because of Elon Musk. In May, Musk informed through his tweets that Tesla would no longer accept bitcoin as payment. After that, Elon Musk made several tweets in the following days about bitcoin and its heavy energy usage. All this has played an important part in the significant drop in Cryptocurrency lately. Addressing these issues, a Hackers group “Anonymous” posted a video on Twitter warning Elon Musk about his tweets’ influence on Bitcoin.

Recently a hacker group “Anonymous” threatened Elon musk for manipulating the cryptocurrency market with his tweets. The Hacker group posted a video on Twitter featuring a Guy Fawkes mask with a digitally altered voice. Surprisingly, Elon Musk has responded with a witty comment as always. Let’s take a better look at it.

Hacker group video said ” Musk has enjoyed one of the most favorable reputations of anyone in the billionaire class. Because he was able to tap into the desire that many of us have to live in a world with electric cars and space exploration.”

The anonymous further added that ” But now people are beginning to see you as another narcissistic rich person, who is desperate for attention”. And he said that Elon suffers from a “superiority complex” pointing to an article where he dubbed himself the Emperor of Mars.

Hacker group ended their video by stating “Elon Musk, you may think you’re the smartest person in the room, but now you have met your match.”

The billionaire Elon Musk has tweeted a meme on Twitter with the hashtag #Bitcoin. This meme includes a couple breaking up over the male partner quoting the famous Linkin Park song with the line “In the end, it doesn’t even matter”. Also, it includes a Bitcoin caption followed by a broken heart emoji.

If you observe the stats, Bitcoin’s value had dropped significantly as low as 37,660 after the tweet. So it is safe to say that Musk’s tweets are playing a crucial role behind the price drop of cryptocurrency. And recently it is drawing a lot of attention from analysts.

There are millions of retail investors who invested, and are counting their crypto gains to improve their lives. Even though they took the decision consciously considering market volatility. But Musk’s tweets this week have been heavily impacting every retail investor. So we can say that all these reasons could be the motivation behind the anonymous video about warning Elno musk.

Interestingly Elon Musk replied to the video in his own style

Surprisingly the anonymous hacker group video reached Elon Musk and he replied in his own style. Acknowledging the video Elon Musk replied with a meme. It says “Not even a good fake anonymous ‘the article is behind a paywall, and it looks like Anonymous’s hacking skills are not enough to get behind it, followed by laughing emojis. Further, he added a meme that includes hackers in movies be like with a funny pic.

The Anonymous hacker group is well known for its cyber-attacks on government agencies and other institutions. And now it has set its sight on Tesla and Elon Musk.

An important point to be considered here is that we don’t know how accurate those claims are, that the Anonymous video consists. For example in the video anonymous shows us an article about young children working in their overseas lithium mines.

But based on actual data, neither Tesla nor Elon musk owns or runs any lithium mine. However, they do have suppliers who do operate lithium mines, but there is no evidence whatsoever that they employ children as shown in the video.

If we observe the cryptocurrency over the past weeks, there is no doubt that Elon Musks’ tweets have some influence over the Bitcoin price. Many bitcoin retail investors were angry with Elon Musk for manipulating the bitcoin value with his tweets. After the recent tweet, a hacker group Anonymous posted a video on Twitter warning Elon Musk. Interestingly Elon Musk acknowledged that video and replied in his own way. Let’s see what happens next.