Vir Das, a famous comedian, and actor, has become the victim of this controversy. Recently, the comedian performed a Monologue at Kennedy Center in Washington DC. The main theme of his monologue is “I came from two Indias”. Where the comedian shares his viewpoints about the country. He addresses many topical subjects and shows how India has two faces, one opposite to the other.

His monologue of contrary faces of India has been a hit in the US. Whereas in India it is drawing mixed emotions for the people. He published a 6-minute video of his monologue at the Kennedy Center. Within a short time, the video has received thousands of likes and comments. At the same time, it is getting a lot of unnecessary attention.

The monologue contains lines like “I came from an India that has the largest working population under 30 on the planet but still listens to 75-year-old leaders with 150-year-old ideas” along with many other contradictory statements about India. Throughout his monologue, Vir Das articulates many statements about Indians that are completely opposite to each other.

Particularly there is a line in the monologue that is making rounds on the internet. A short clip of that monologue has gone viral and provoked millions. The video shows Vir Das saying “I come from an India where we worship women during the day and gang rape them during the night”. This bit from the monologue is being circulated around the internet.

With each passing minute, the debate on social media is getting heated. As the video went viral, Vir Das was being trolled heavily on social media platforms. Also, an FIR was filed against the comedian Vir Das for his derogatory comments about Indians in his recent monologue.

A Mumbai-based lawyer has filed a complaint to Mumbai Police against Vir Das. He accused Vir Das of defaming India and PM Narendra Modi. Many people on social media platforms have highlighted the same thing. Vir Das has addressed the issue and posted a note on his official social media handle.

The comedian stated that his intention was to remind everyone that despite all these issues, India was great. Whereas the video is about highlighting two very separate India’s that do two different things. Like everything contains both good and bad, light and dark in it. Also, he highlighted that the video ends in a gigantic patriotic round of applause for the country.

Along with that, he requested everyone to not get fooled by edited snippets. Which highlight only incomplete sentences without their context. Also, he informed that people who were present there applauded the country with love, not hate. But the viral videos are taken out of context for other purposes. When you see the whole 6 videos, you’ll understand the meaning of it better, users stated on Twitter. If you don’t miss out on the latest hot topics, then don’t forget to subscribe. 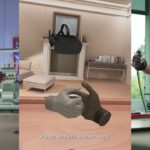 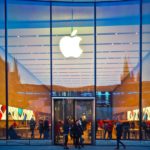